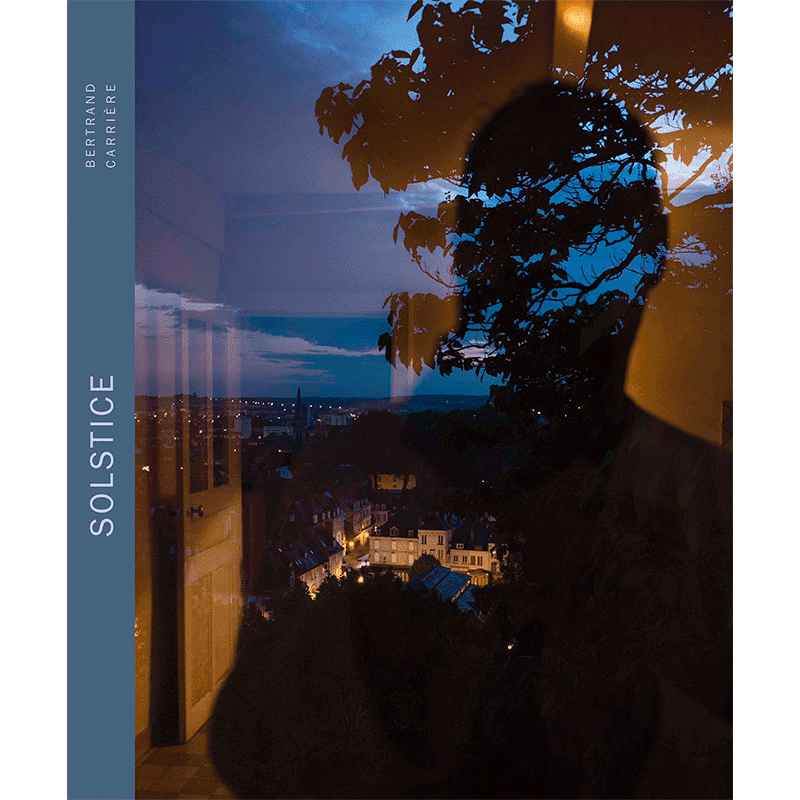 "Bertrand carrière : Solstice represents a milestone in the artist's development and a cornerstone for the history of photography in Quebec". [translated from french], Emmanuel Simard, Lettres québécoises, n˚ 180 (March 2021)

This beautiful art book offers texts that discuss the considerable work of photographer Bertrand Carrière. You'll found a very large collection of photographs. The artist has made several trips, both in Quebec and in Europe, and he has made numerous documentary photos. Throughout the pages, we will find, for example, photos of Michel Chartrand, Gabriel Arcand, Michel Brault or the legendary couple Jacques Doillon and Jane Birkin.

His family albums or traveller's tours, whether in Gaspésie, Ireland or Dieppe, bear witness to a keen eye on the 20th century. Series such as Polaroids of War, Dieppe or What remains, will move the reader. The artist’s photographs, both personal and universal, convey to us a sense of history tinged with great humanism. The texts found in this book underline how the photographer stands out. The artist himself signs one of the texts, in which he makes us relive with humor and sensitivity some of his many journeys.